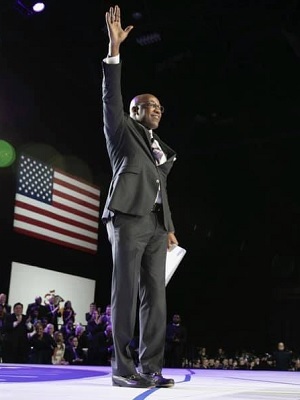 Kwame Raoul at his swearing-in ceremony earlier this month | twitter.com/kwameraoul

Former Illinois Attorney General Lisa Madigan deferred to her father, powerful House Speaker Michael Madigan (D-Chicago) and the Democratic Party by not going after Gov. Rod Blagojevich a decade ago, a Wheatland Township Board trustee said during a recent interview.

Raquel Mitchell, a Wheatland Township Board trustee and Frederick Douglass Foundation co-chair, recently heard how Lisa Madigan said during an interview earlier this month she responded upon hearing that Blagojevich “finally” had been arrested. 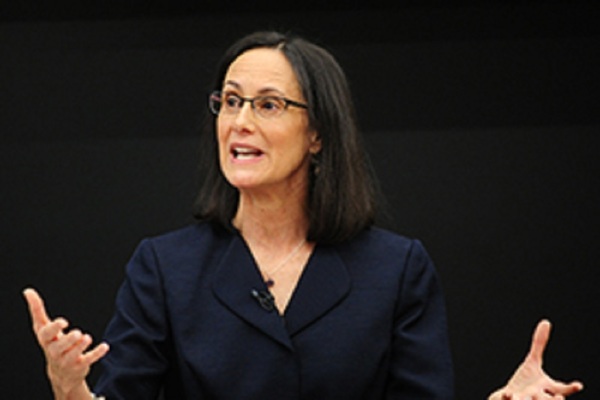 “Finally!? As I watched it, I was thinking, ‘You’re the attorney general of the state,'” Mitchell told Prairie State Wire about her response to Lisa Madigan’s comments in a Chicago NBC news affiliate’s interview earlier this month. “You have a duty to report crime when you see it.”

Mitchell said Lisa Madigan also was sending a message to those who supported her through the years.

“She just told all those people whom she allegedly makes ‘feel good’ that she was cherry-picking what she felt like prosecuting, which was everything that didn’t involve her father or weakening the Illinois Democratic Party,” Mitchell said.

Lisa Madigan’s 16 years as Illinois attorney general included the period surrounding Blagojevich’s tenure as governor, but it was federal agents who arrested Blagojevich at his home a few weeks before Christmas in 2008.

Blagojevich, now 62, was Illinois’s 40th governor from 2003 until he was impeached, convicted on corruption charges and removed from office in 2009. Since March 2012, he has been serving a 14-year sentence on public corruption charges at the Englewood low-security federal correction institution in Littleton, Colorado.

President Trump apparently has considered commuting the sentence of Blagojevich, whose current release date is May 23, 2024, and last month Trump posted a note of sympathy for Blagojevich on his Twitter page.

Lisa Madigan briefly recalled Blagojevich’s downfall during what was supposed to be a politics-off-the-table interview posted Jan. 10 to Chicago News 5’s website. Madigan can clearly be heard telling reporter Lisa Parker that she did not want to talk about the disgraced and imprisoned former Democratic governor.

“But oh my god—the worst,” Madigan said. “The governor has been arrested. To which my response was ‘Oh, finally!'”

Blagojevich once suggested to current Gov. J.B. Pritzker that he run for Lisa Madigan’s attorney general seat should she leave that office, according to 2008 FBI tapes.

It is no secret why Lisa Madigan did not go after Blagojevich, Mitchell said.

“It is glaringly obvious why she didn’t prosecute Blagojevich’s malfeasance or anyone else connected to the cabal of folks increasing the graft tax with shady deals,” Mitchell said. “These are the people she’s been around most of her life. She wasn’t going to touch it.”

Lisa Madigan, “in fairness,” has “done some good for people” in prosecuting consumer protection cases, but she turned a blind eye to other cases, Mitchell said.

“Where was crooked-machine-politician protection?” Mitchell asked. “In Illinois, corruption is accepted, and by her inaction she in essence codified that culture. It wasn’t somebody else’s job to root out corruption. It was hers.”

The good Lisa Madigan did as attorney general was overshadowed by the “deference” she paid “to her father, his cronies and maintaining power,” Mitchell said.

“It’s the same situation with a different focus,” Mitchell said. “Instead of consumer protection, he’ll be focused on police brutality and hate crimes, which are both worthy concerns. It’s the somehow-not-finding-or-prosecuting-any-corruption-from-political-cronies part that’s troublesome for Illinois taxpayers.”