Steve Balich Editors note: There is no way to justify the pay and continued increases!!!!!!!!!!!! Our taxes are way to high and this is an example of part of the problem. When is enough money too much? Will the JJC Board be happy when the JJC president gets a Million Dollars with perks and benefits? I doubt it if there is someone else out there getting paid that. Stop giving in to the ever increasing salary bar!  So its ok for the Board to give her an $15,000 annual annuity and get a pension which increases with her salary. Vote for new people or get the same results as you have been getting MORE TAXES.

TAXPAYERS ARE FED UP! 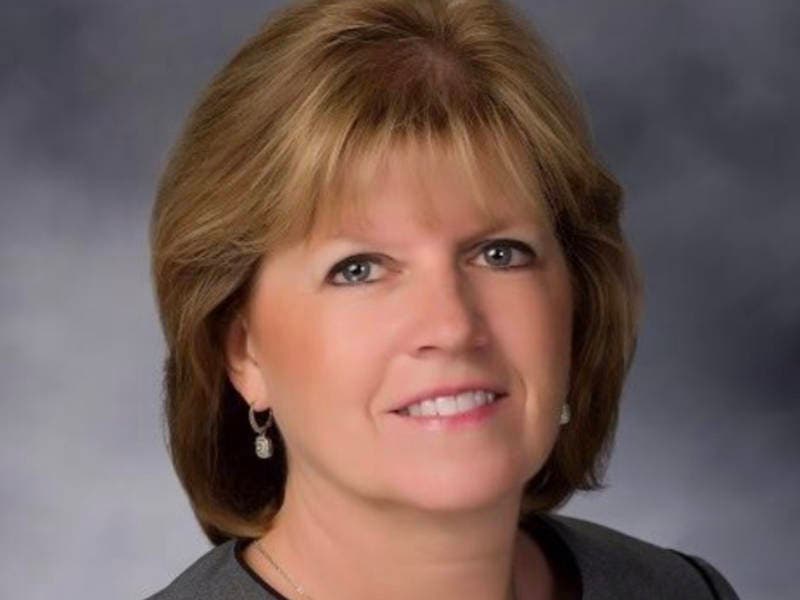 JOLIET, IL – Joliet Junior College President Judy Mitchell has received a pay raise for the second time in six months. Mitchell’s latest salary increase was approved this month by Joliet Junior College’s Board of Trustees as part of a three-year contract extension that includes future salary hikes in 2020, 2021 and 2022 that will average at least $7,000 per year.

In addition, JJC’s Board of Trustees voted to give Mitchell an extra $2,400 per year as a vehicle allowance, boosting the annual amount to $8,400. Third, her new multi-year contract to oversee JJC provides her a $15,000 annual annuity. Mitchell’s total compensation for this year will be approximately $239,576 and closer to $255,000 if you include her new $15,000 annuity.

Her new multi-year extension as president comes less than three months before three seats on the Joliet Junior College Board of Trustees will be chosen by the voters in the April 2 consolidated elections. There are eight people vying for three open seats on the JJC Board.

RELATED: Here’s Who’s Running For JJC Board Of Trustees In April 2019

Besides getting another salary hike to increase her regular salary to $231,176 and her monthly vehicle allowance to $8,400 per year, Mitchell also can expect substantial guaranteed pay increases in 2020, 2021 and 2022, under the terms of this month’s contract extension approved by the current JJC board, which is led by Chairman Bob Wunderlich, Vice Chairwoman Maureen Broderick and Mike O’Connell as Secretary.

According to the new contract, Mitchell will get 3 percent pay increases in JJC’s fiscal year 2020, 2021 and 2022, which is a significant amount of money for someone already making a new base salary of $231,176.

In any event, Patch calculated those built-in pay increases of 3 percent, plus Mitchell’s new $700 per month vehicle allowance, to come up with the following approximate compensation for her:

However, page five of the multi-year contract extension reads: “Prior to fiscal year 2022, employer and employee will negotiate employee’s salary increase which shall not be less than 3 percent and not more than the allowable percentage increase payable without incurring a penalty to the employer, however, if in fiscal year 2022 that percentage is 3 percent, then the employer will pay to the employee the salary differential between 3 and 6 percent based on employee’s then salary pursuant to section 2.12 herein. The employee may not decrease the employee’s base salary below the amount set forth in section 2.01.”

Besides the big annual salary increases and the $2,400 annual increase in Mitchell’s vehicle allowance now in effect, Mitchell’s new contract grants her another lavish perk also authorized by the Joliet Junior College Board of Trustees: a $15,000 annual annuity.

Mitchell’s new contract reads: “Employer shall pay to employee the sum of $15,000 annually to provide an annuity for the benefit of the employee starting in fiscal year 2019 and throughout the duration of this extension.”

Mitchell has been president of JJC since September 2016.

Before that, she spent six months as interim president. She has been employed at Joliet Junior College since 1996 when she was hired in the computer information office systems department. She also spent four years as vice president of administrative services and worked from 2002 until 2012 as director of business & auxiliary services, according to her LinkedIn profile.

“Dr. Mitchell’s done an exceptional job since she was hired here a few years ago,” said Board Chairman Bob Wunderlich in a press release posted on the JJC website. “Morale is way up.”

Jim Dodge Calls Out Mike Frerich on His Own Campaign Materials...